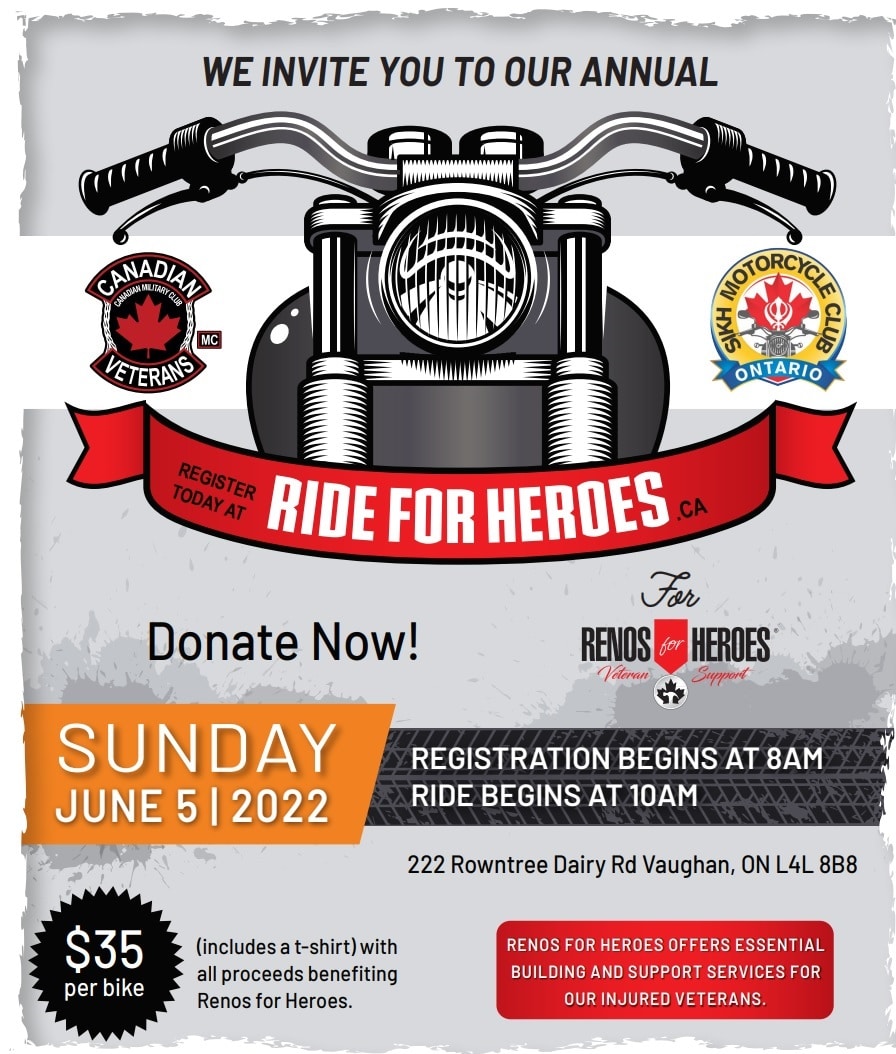 REGISTRATION: 8AM / RIDE BEGINS: 10AM

This ride will take riders through the City of Toronto (guided by York Regional Police) and end at Queen’s Park.

Your Rights as a Canadian Employee 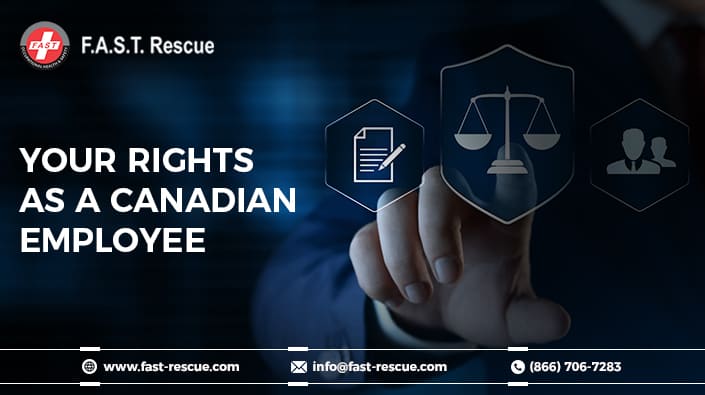 Every person that is employed in Canada has the right to a safe work environment. No matter where you work or what your occupation is, it is important to know and understand the three fundamental rights that every employee has. This knowledge will assist you in taking charge of your own health and safety at work and provide you with the confidence to perform your job safely.

3 FUNDAMENTAL RIGHTS OF EMPLOYEES IN CANADA:

The Right to Know…about health and safety matters.

The Right to Participate…in decisions that could affect your health and safety.

You have the right to have input on what would make the workplace safer. You can do this by:

The Right to Refuse… work that you have reason to believe is dangerous to your health and safety, or that of others.

Remember, you cannot be disciplined for exercising any of these rights.

BE INFORMED. KNOW YOUR RIGHTS! 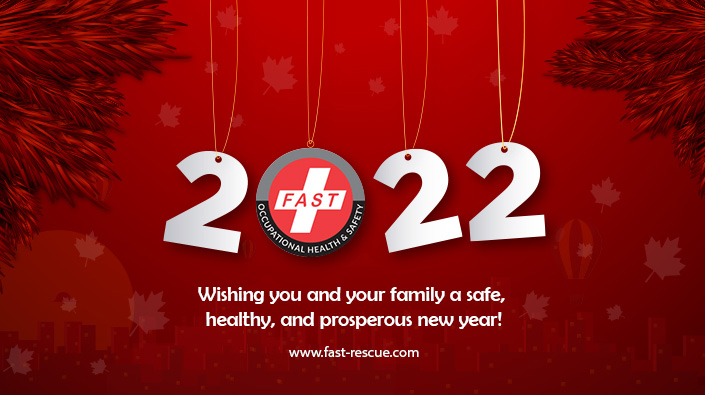 From the team at FAST Rescue

The first stop for all your safety needs!

COVID-19 and our Safety Measures

A message from our President, Dean Turner

Happy New Year!  We at F.A.S.T. Rescue, wish you all the best for 2020.  It has been an interesting ride for F.A.S.T. Rescue and especially for me.   We owe our success and longevity to our clients, some of whom are still with us since our very humble beginnings in 1998; and to our many long-time employees, whose dedication and commitment to F.A.S.T. Rescue still amazes me to this day. 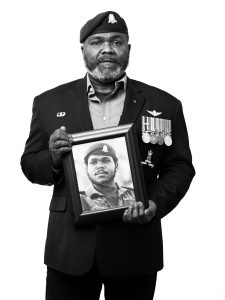 A little about me…

I was born in Windsor, Ontario, the middle child of 11 children.  My parents were married at 16 years old and we were not rich, but I never knew it.  All 13 of us lived in a 2 ½ bedroom house, which must have been really crowded when I think about it now; but at that time, seemed like such a great place.  My mom and dad were beautiful, loving people and they loved each other until the day they died. If someone was down and out, hungry or needed a place to stay, there was always a place for them to sleep, even in our crowded house.  When we finally moved to a 3-bedroom house with a basement, it felt like we had moved into the Taj Mahal.

I was very independent as a child, which must have driven my parents crazy when I think about it now as a parent with my own kids.  At 16 years old, I left school to work as a welder apprentice. When I was laid off because of a slowdown in production, I decided to go out west to get a job as a welder on the pipeline.  Unfortunately for me, the union didn’t like the idea of hiring a non-unionized, inexperienced person, so I found myself broke and living on the streets of Vancouver.  That’s probably when my entrepreneurial spirit really kicked in.  I was musical so I learned to play a harmonica on the streets for spare change.  Finally, an opportunity was made available to join the military and I was on my way!

Joining the military was one of the great turning points of my life. While in the military, I finished high school as an adult student through night school.  I was later given a break to attend school full time in Winnipeg, thanks to my Warrant Officer, Steve Anderson, who believed in me and helped me more than he will ever understand.  I finally graduated at the age of 28.   I loved learning and went on to enroll into the University of New Brunswick Health Sciences.  I was asked to join the Pipes and Drums as a drummer in 1981 while in Germany.  The role of the pipes and drums during combat was to be the stretcher bearers and to provide first aid until medical help was made available.  This is where I had the opportunity to formulate my direction.  My commanding officer entrusted me with the development of the Combat First Aid training for our unit, and this stood me in good stead in my later life.

In my 22 years in the military, I have been fortunate enough to see every province and territory in Canada.  I have worked alongside the 82 Airborne Regiment in North Carolina, lived in Germany and visited many of the surrounding countries.  In 1992 to 1993 I served in the Former Yugoslavia with the UN and was in Bosnia and Croatia for six months.  It was difficult seeing families being displaced and forced to move from their homes with every possession they could carry.  Seeing the children being affected was the most tragic, and I take that with me wherever I go.

In 1984, I was posted to Winnipeg, Manitoba where in my first week, I met the love of my life, Shyamala Nathan, on the Blue Bombers football field.  Shyamala was one of the cheerleaders on the field and I was in the half-time show with the Pipes and Drums.  A few weeks later, Shyamala was my waitress at a restaurant, where she worked part-time while going to the University of Manitoba, and I knew it was meant to be!  We were married on D-Day, June 6, 1987 – another great turning point of my life!  My children were both born in Germany where I was posted.  Devin was born in 1989 and Shaela, in 1990.  They have given Shyamala and I such joy and pride and we are so lucky to have them.

When I retired from the military in 1998, I loved the idea of helping people save lives through First Aid & CPR training, so I started teaching for the Canadian Red Cross.  A year later, I started F.A.S.T. Rescue in the basement of my house, while taking care of our kids.  My aim was to make enough money to support my golfing and fishing hobbies.  When Shyamala decided to leave her career in 2004, I knew that F.A.S.T. Rescue had to kick things up to high gear.  While Shyamala was searching for other career opportunities, she joined F.A.S.T. Rescue to help me out with my website – and never left!

A little about F.A.S.T. Rescue…

F.A.S.T. Rescue is a far cry now from when Shyamala and I worked together and shared a desk.  We now have several employees and trainers and are so much more than when we first started.  Some of our employees are military veterans themselves, and that incredible experience of discipline, loyalty and integrity is infused throughout F.A.S.T. Rescue.

We are now a one stop for all Occupational Health & Safety needs.  We assist our clients achieve Safety Excellence.  Our programs include safety training in practical sessions as well as online courses.  With Shyamala’s leadership and organizational skills, we are approved training providers with WSIB and the Ministry of Labour, Training and Skills Development for many of our training programs.  We have a Health Canada Medical Establishment licence and carry all safety products, from first aid supplies to defibrillators.  We have a consultative component to our business and provide workplace audits, develop safety programs, emergency and business continuity plans, and assist clients through the process of achieving COR™ accreditation.  Our software includes an occupational health and safety management system, Systems 24-7, which tracks all training and policies and provides over 300 online courses.  We also provide a digital operations and incident management tool, Safe Buildings, which makes important building information available on any mobile device or computer to key personnel or emergency services.

This growth and these achievements are really a credit to our incredible team, who work ceaselessly to ensure that our clients are taken care of.  Our commitment is To Make Safety A Way of Life and I can proudly say that this is at the core of who we are at F.A.S.T. Rescue. 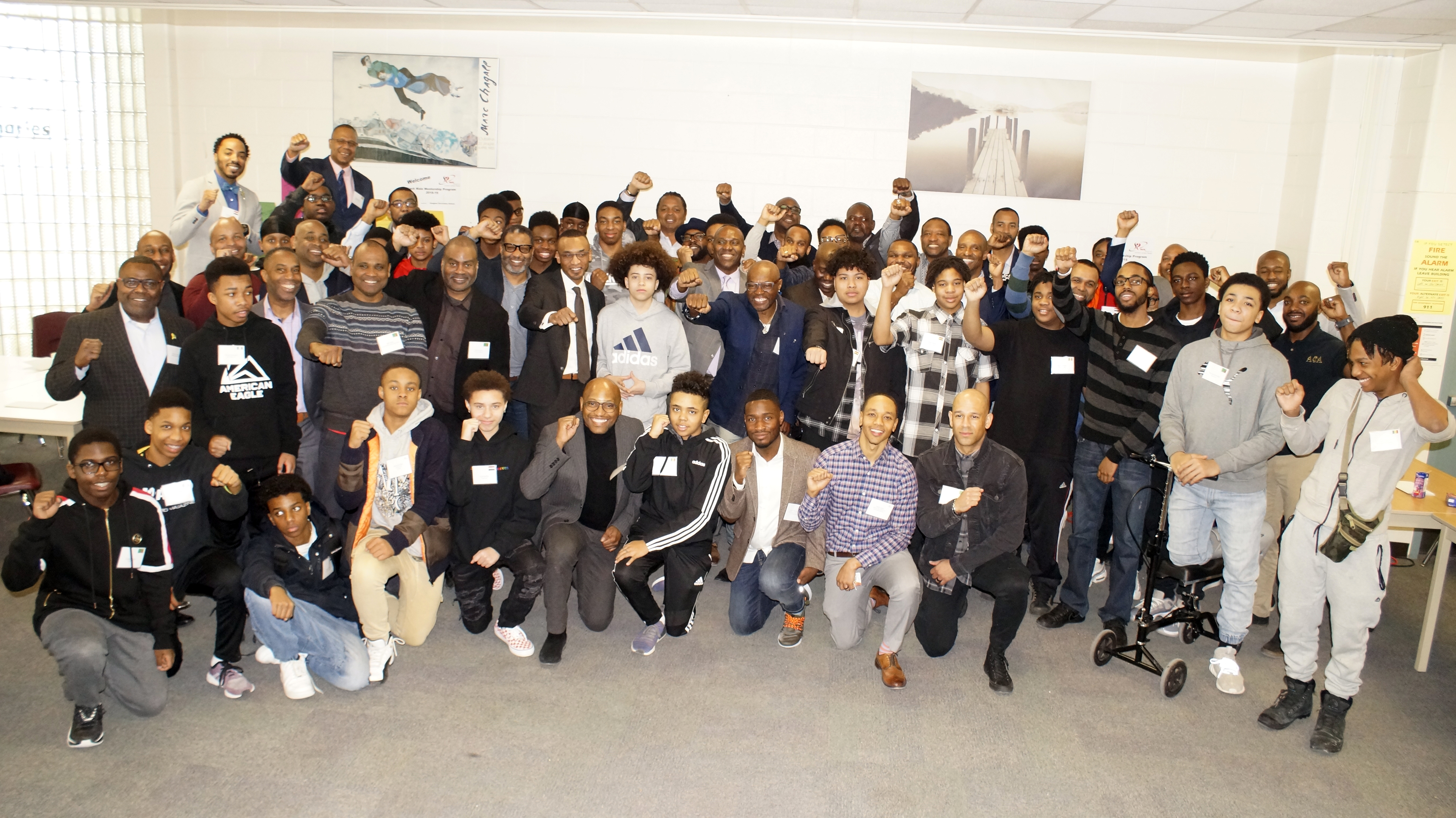 “It was difficult growing up but what made a difference in my life was the people around me that I respected and loved – people who made me believe in myself.  If I can be that person to even young man, I will have achieved so much!”

Turner, and 27 other area professionals helped recognize this Black History Month with the start of the mentorship program that will run for 15 months.   The students were matched with a mentor one-on-one, and also split into workgroups named after African countries to honor their contributions and history.

F.A.S.T. Rescue to Demonstrate How to Make Corporate CPR Training Fun at Partners in Prevention 2017! 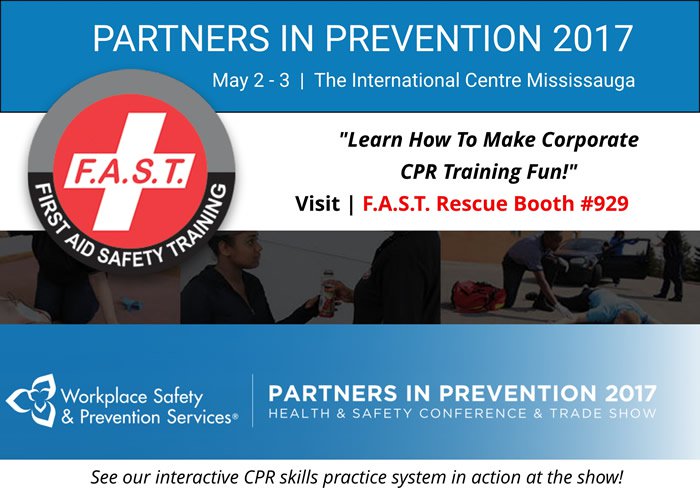 Toronto, ON – May 2, 2017 – (www.fast-rescue.com) – F.A.S.T. Rescue, one of Canada’s leading providers of workplace safety training, with top instructors approved by the Canadian Red Cross, are excited to be demonstrating ‘How To Make Your Corporate CPR Training fun” by using an interactive CPR skills practice system, on Booth #929, at the Partners In Prevention, 2017, Health & Safety, Conference & Trade Show May 2-3, at The International Centre, Mississauga, Ontario. END_OF_DOCUMENT_TOKEN_TO_BE_REPLACED